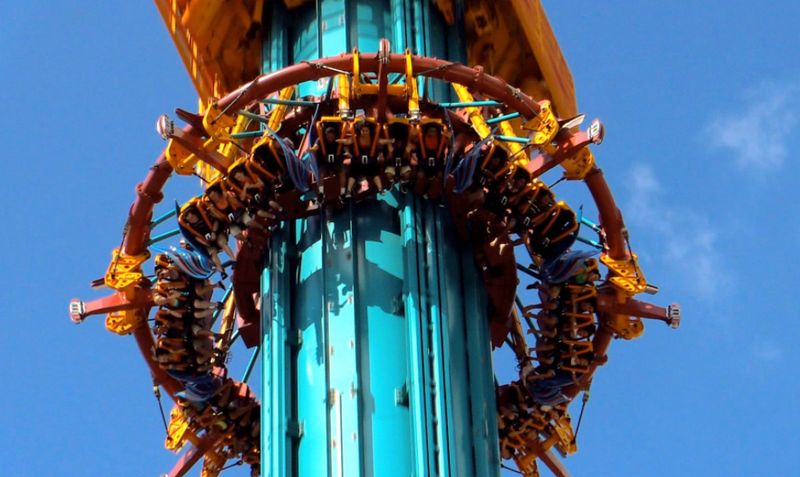 Flying Fury ride is made up of a T line and two parallel independent arms. Each arm is rotating 360° in both directions brings a craft four chairs interdependently. The system allows each of the two vehicles to rotate freely 360° on the three central axes: while the support arm rotates to simulate sudden climbs and dives, the car is loose to turn both on the stem of the sleeve (yaw) and on its axis (roll). Interactivity allows the Riders to drive the movements making their flight performance, but Riders or Operator can also put also the plane into ‘emergency mode’ so that it reverts to an automatic programmed.